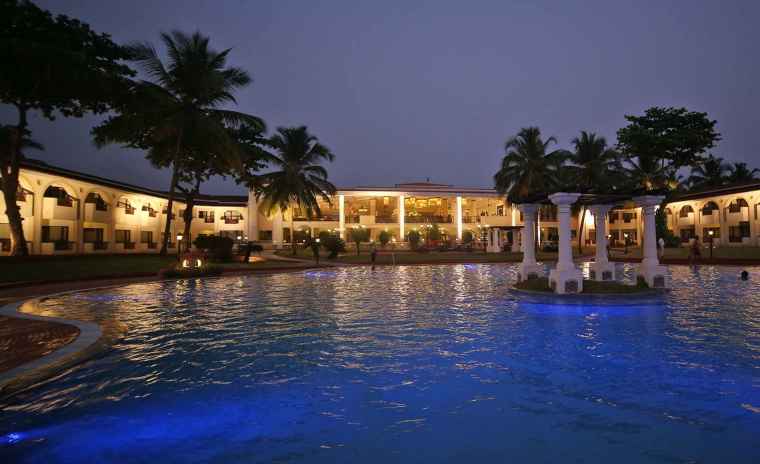 Most often people plan a trip to Goa for its beaches, the exotic cashew wine, the breathtaking sceneries and the elegant casinos. But for me, the reason was quite different. Its Nullcon. It was their 10th anniversary, after missing so many years of exclusive seminars and a bunch of elite sessions at a prime venue, I finally got my first chance to attend nullcon.

After attending Bsides Delhi, I was extremely excited about attending India’s biggest security conference, Nullcon. And yes, it was even more awesome than I expected it to be.

On its 10th year, Owasp Bangalore chapter took an initiative to organize premium quality training and workshops for free to all. It went by the name #owaspseasides. 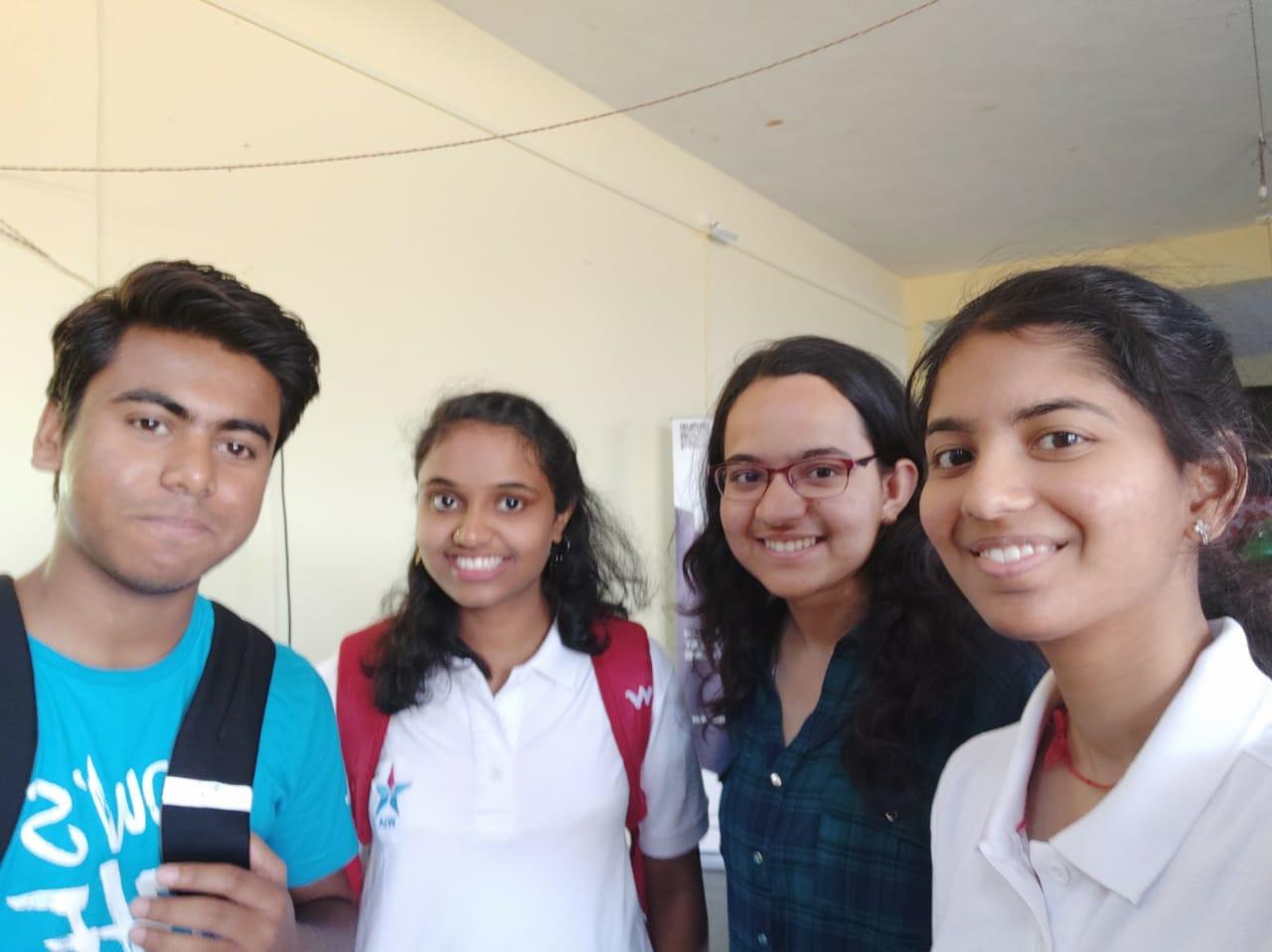 It’s a catchy name right? I don’t know why I like it so much :). Although I could only attend the last day of seasides, it was fantabulous. There was a talk by Jason Haddix in which he used burp tools. Another was a soldering village by Abhinav SP who taught us some cool and interesting stuff on how to solder and make a buzzer bee that glows in the night. And the most awaited, a car hacking workshop by Arun Mane. I have already dirtied my hands with router emulation and android emulation, but emulating the handles of a car was really fascinating. He practically hacked the indicator of a Swift Dzire. 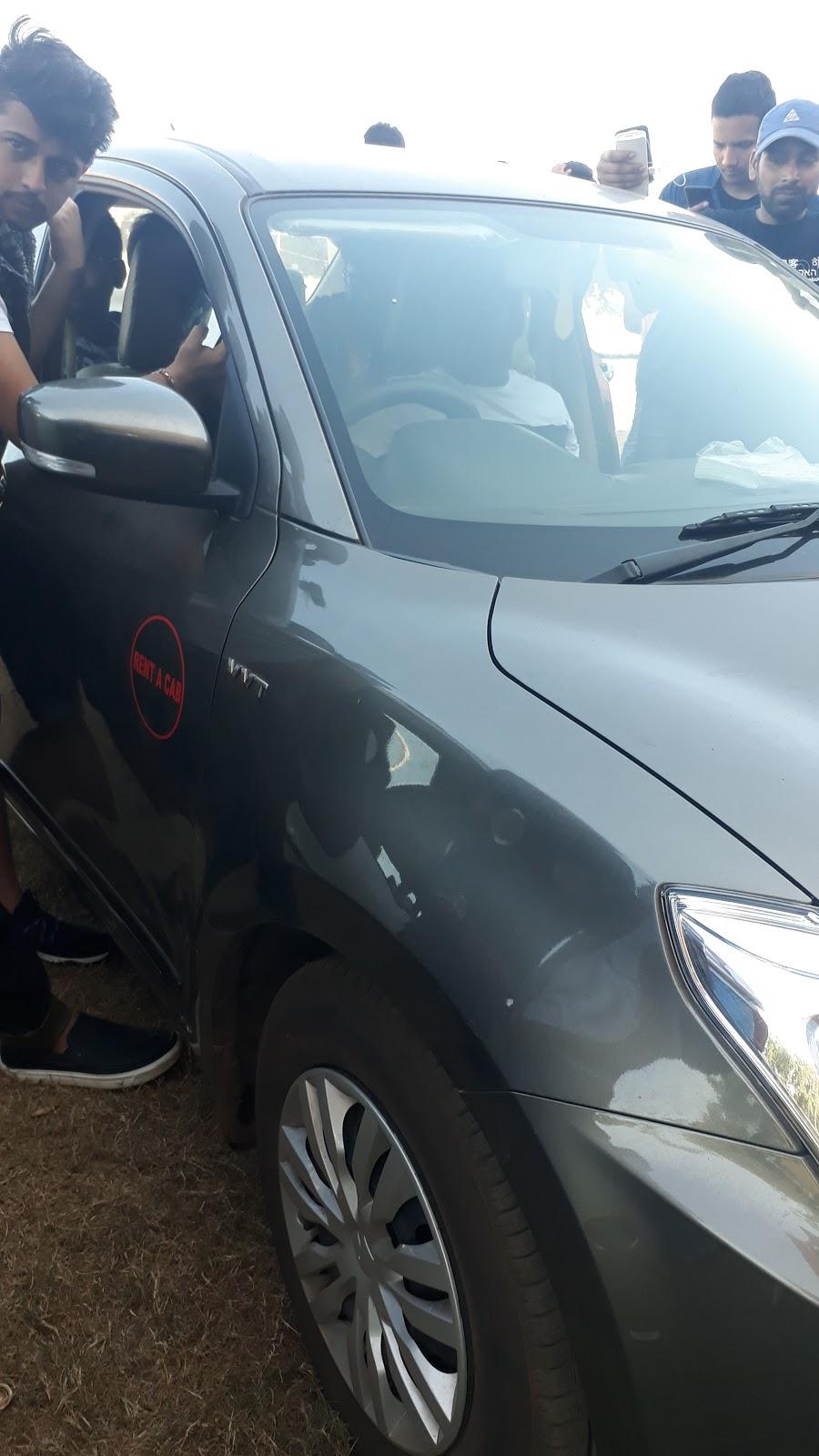 In the end, forming long queues for the t-shirts and swags was just worth it. The cool t-shirts were printed with “How’s the Josh”. The evening talks in Owasp were literally by the seasides, that was totally “learn with fun”! #owaspseasides witnessed a footfall of more than 400 people from all over India, it was a mix of students and corporate peoples. Finally, after 2 years, I met one of my IoT mentors, Abhijit Soman Sir. Got some valuable tips on IoT. It was wonderful meeting him for the first time.

I would highly appreciate the honest efforts of the organizing team who made owaspseasides a huge success. I wish this initiative a great success for years to come!

And then joined nullcon from 1st March. 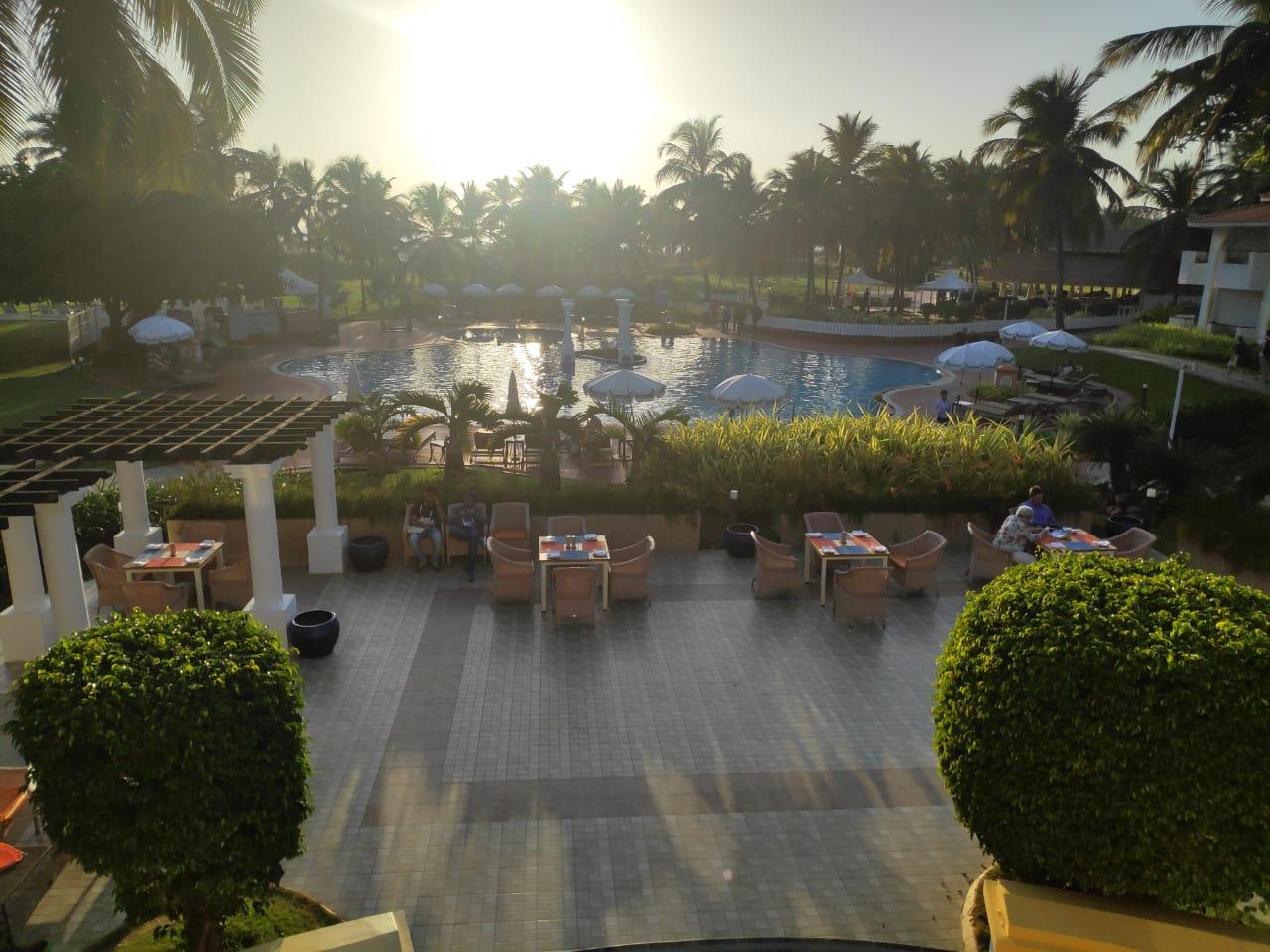 Yeah, unbelievable right? this is where nullcon takes place. A lavish resort with breathtaking sceneries and state of the art facilities.

So it all started with the exhibition room, where I interacted with various companies of decent stature and enquired about their portfolio and how to apply for jobs and internships etc. 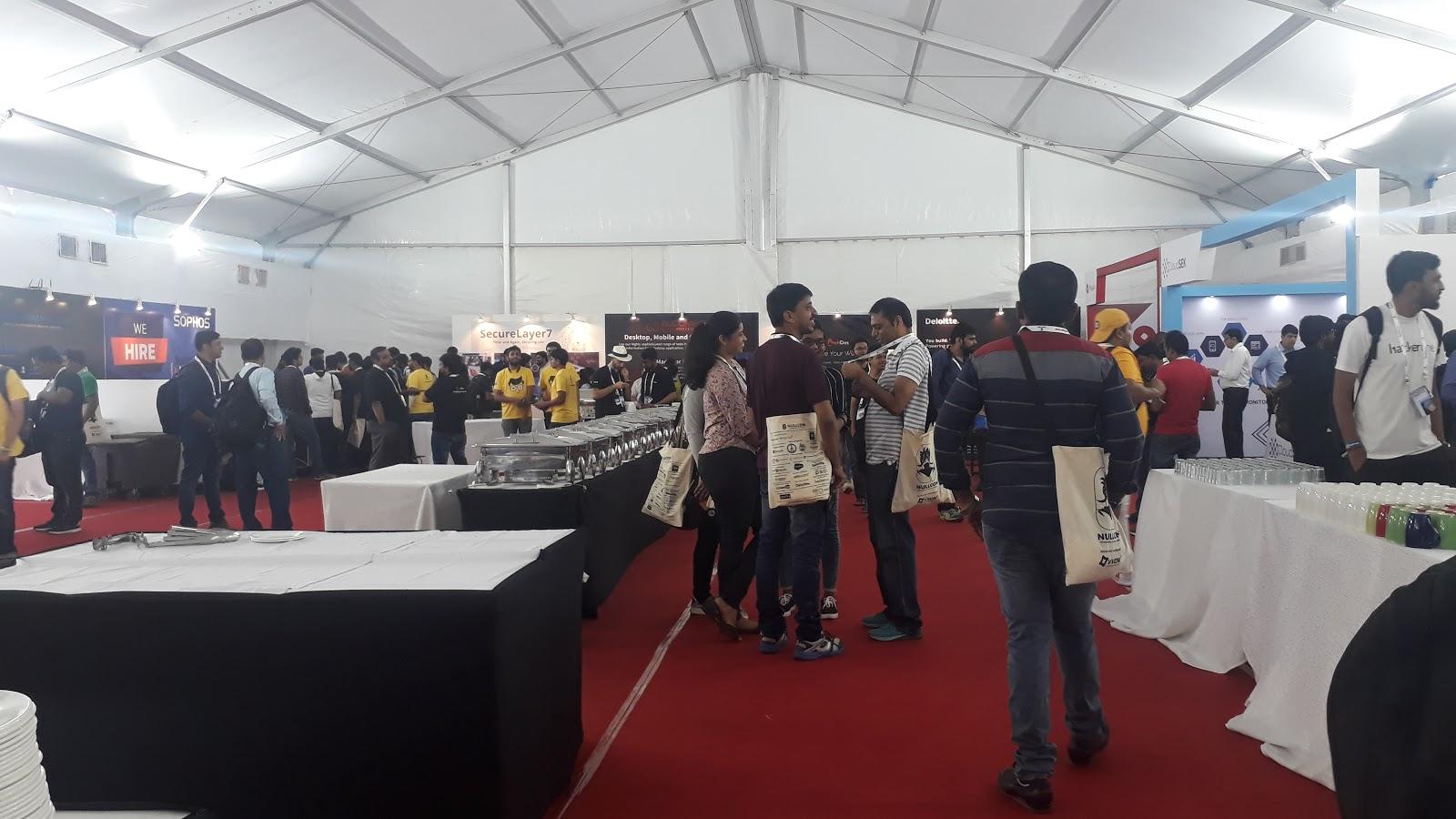 Companies were giving out their swags at the exhibition hall but the best one was, completing level 1 of our very own ‘Mario Bros’ game in 30 seconds to earn a payatu t-shirt. I took 37 sec and missed out on the opportunity to bag a cool t-shirt. I was very depressed by that you know. LOL, just kidding :).

Next, the talk sessions, workshops, and ctfs were started in parallel. I attended some talks and a workshop on Machine Learning by Anto Joseph ( Security Engineer at tinder) and automating osint by kubernetes by Abhishek Dutta. All of them used vms and gitbook for explaining every piece of code step-by-step. In a chit chat with Anto Joseph after his workshop, he told us that the tinder goodies got stuck at customs. Here goes another chance of getting some cool stuff. LOL :). 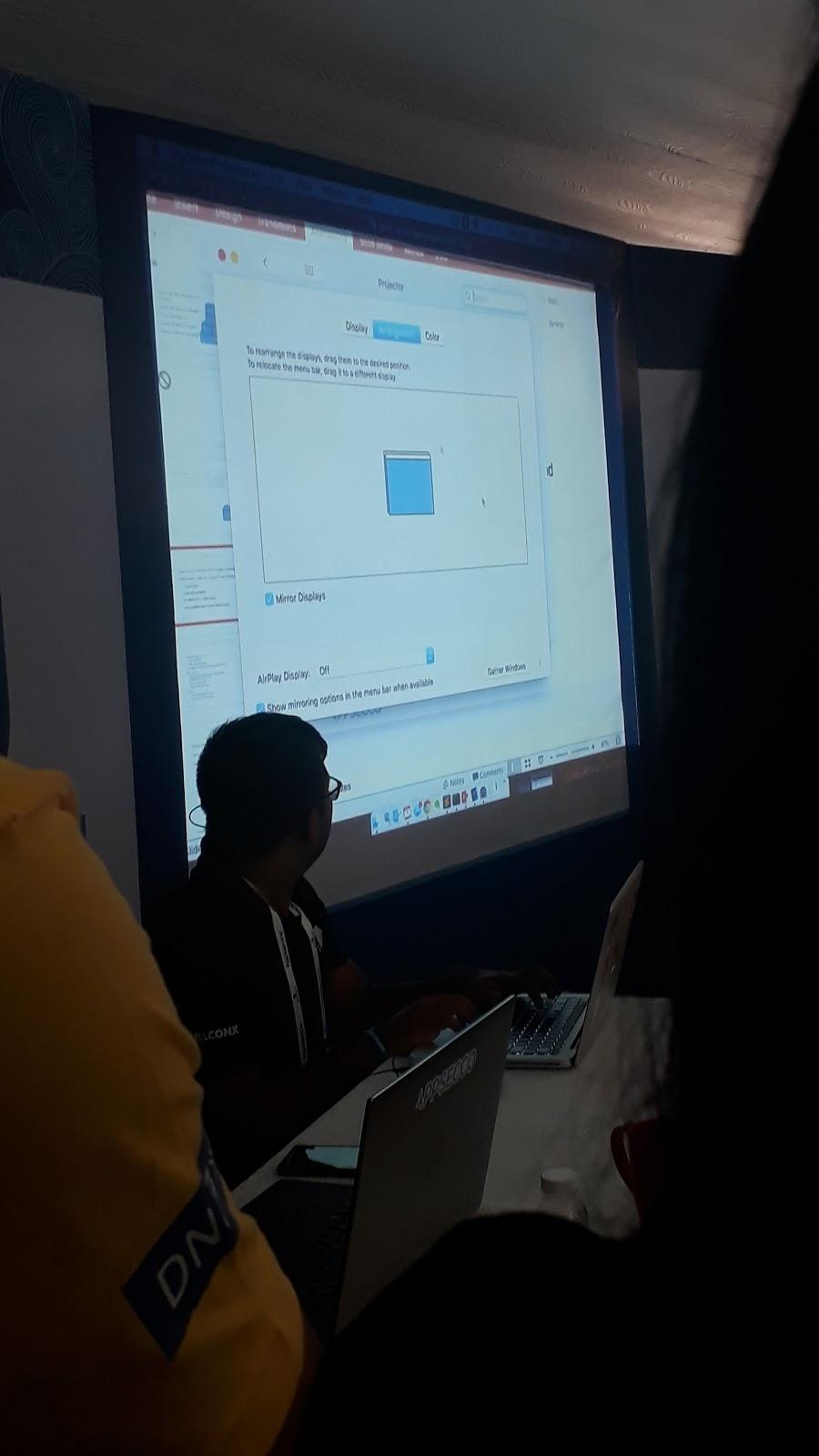 On my very first Nullcon day, 1 had a networking party in the evening by the seaside. Apart from the refreshing ocean breeze, the Dj lit the part up with some enthralling play list that got the legs moving.

The 2nd day was also scheduled with a lot of talks and workshops. There was a resume clinic as well, where I got my resume reviewed by Jaya Baloo from the Netherlands, the lady who is in the top 100 CISOs of the world. She gave some amazing tips on how to draft a resume to exponentiate your chances of grabbing your dream job. And yeah, saw micro de-soldering live for the very first time in the hardware ctf. It quite notably requires a lot of patience to do that kind of stuff.

Nullcon helps you expand your network with some remarkable people who share your interest in the same field. It was quite delightful to make new friends at a solo location in a day. The speakers of nullcon were brilliant and open to the ideas and views of the attendees. The best part is the event never goes formal. A person senior to you behaves like a friend with whom you can be very comfortable with.

Conferences like these truly gives a boost to your learning process and keeps you motivated for your work. I would genuinely suggest every interested infosec student to attend these conferences as they promise a plethora of knowledge with loads and loads of fun.

And I thank Twitter for increasing my reach within the like-minded community. When some random guy asks you “Are you Shreya Pohekar?”. The feeling is literally out of the world. And Nullcon made that possible.

It was an exceptionally astonishing experience with Nullcon 2019.

I wish more such years to come!

Here is how to hunt for OAUTH vulnerabilities